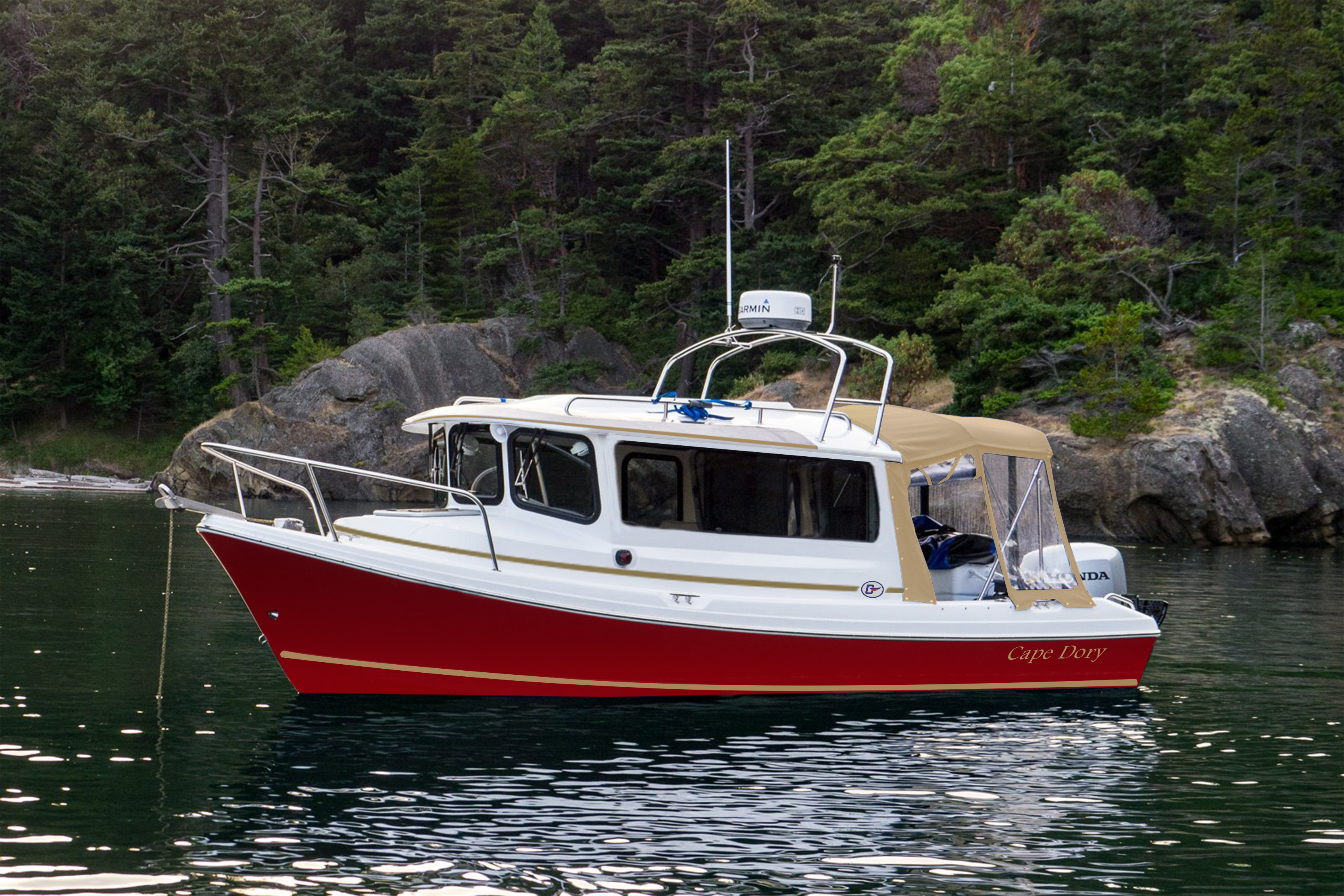 Cape Dory Cruisers & Catamarans is introducing a complete new series of power boats ranging in size from 22 ft. to 36 ft. to be produced in Sarasota, FL. Starting with the Cape Dory Marinaut 220 Pilot House
Cruiser and 25 ft. models the Cape Dory Cruisers will be marketed through a network of select dealers
throughout North America and internationally as well. The trademarks and assets of Cape Dory Cruisers
were acquired by MBH after serving as a shareholder and Executive Vice President of C-Dory Boats. The
company plans to gradually phase each model into production as manufacturing facilities and infrastructure are developed and expanded.

MBH (madisonbayholdings.com) has operated as a business development company for over the past 35
years. Originally headquartered in Seattle, Madison Bay Holdings is owned and operated by industry veteran Ricardo Ruelos. In conjunction with MBH, Mr. Ruelos has been involved in a variety of business ventures within the marine and recreation industry throughout a diverse and extended career.

Following his start in the marine industry as one of the original shareholders of O’Brien Water Sports Mr.
Ruelos founded MBH and has been involved as a shareholder, owner, representative or senior executive of avariety of boat manufacturing companies such as C-Dory Boats, Warlock Power Boats, Osprey, MasterCraft,Century Boats and others. Recently Mr. Ruelos served as CEO of Westship World Yachts.

Cape Dory is a well known, respected and prestigious 55 year old brand established in 1963. A complete
line of Cape Dory Catamaran Luxury Yachts are also being introduced ranging in size from 42 ft. to 75 ft.
See: capedorycruisers.com